Serving on the School Community Council

Serving on our School Community Council is a wonderful way for parents and teachers to contribute and help improve academic performance at our school. The school receives an annual dividend from the school trust lands. Our council decides how these funds will be used. This year our school received $135,913 from the School LAND Trust Program. The council also reviews and prepares other academic plans for our students each year. All plans are reviewed for final approval by our school board. Councils also act in an advisory capacity to school and school district administrations.

Every public school in Utah has a School Community Council. The councils are made up of school employees who are elected by employees and parents who are elected by parents of students attending the school. Membership terms are for two years. Elections are held at the beginning of each school year. Parent members must have a student attending the school at least one of the two years of their term of service. Employees must be employed by the school district at the school. Council meetings are held from 2:30-3:30 once a month (generally the third Wednesday) at Provo High.

Please email Chante’ Hoehne at chanteh@provo.edu by 3:00pm on September 16 if you are interested in being a member of this year’s school community council at Provo High. Include in your email the following information:

If an election is needed, it will be held September 19th.

PHS cross-country runner Kate Hunter was among the athletes of the week named by Deseret News yesterday. Kate has already set three course records in her first three races of the season, and she collected another victory at the BYU Autumn Classic this past Saturday, finishing with a time of 18:11.4. Congrats, Kate! 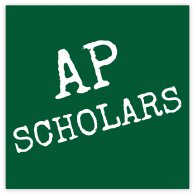 Co-athletic director, coach, and teacher Kirk Chambers represented Provo High in this week’s Friday Night Spotlight by Deseret News. A PHS alum himself, Kirk spent his college years playing football at Stanford and eight years in the NFL before making his way home to Provo. We are truly proud to call Kirk one of our own.

Watch the video, and check out the full article here.

Following interviews by two committees of six semi-finalists on Tuesday, April 22, two finalists have been selected for the Provo High School principal position.

The district received 29 applications, and following an extensive paper-screening process, narrowed the field to 6 candidates. Those 6 candidates were interviewed on Tuesday April 22 by two committees. One committee was composed of 4 PHS staff, 4 PHS parents and 2 PHS students. The other committee was composed of a school-level administrator, two district administrators, and a board member. The committees compared notes and quickly determined the two finalists.

Superintendent Keith Rittel expects to officially announce the new principal of Provo High School on or by Tuesday, April 29.