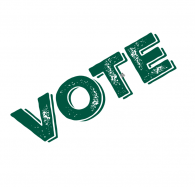 As part of a government class and a way for students to leave their legacy, Provo High is holding a design contest for a commemorative flag of Provo High School.  Students will vote in class tomorrow, December 6th. Here are the designs being voted on:
Victory’s Pride
The inspiration behind this flag derived from pride in Provo High’s legacy. The border of the triangle comes from a border around a former Provo High’s main entrance. The colors and mascot represent where we presently stand, but the positioning of the bulldog is also meant to commemorate this building’s location in the valley between mountains. The bulldog’s name, Victory, will carry the same pride wherever we go. Bulldog Banner
One long-lasting theme of Provo high is its theme of “Provo Strong.” We have our fight song, and we exemplify this theme as we persevere through all challenges we face. This flag symbolizes Provo High’s formidable character. Provo Legacy
The triangular design of this flag symbolizes both the old-school feel that reminds us of our past and the focus on progress toward a great future. Everywhere we’ve been and everywhere we’re going, we leave our mark, as represented by our iconic colors. Love Your Legacy
This building was built in 1965 and has lasted through the class of 2018. The Roman Laurel Wreath and the green banner symbolize victory, honor, and harmony, values for which we will always strive at Provo High.