Powder Puff 2017 is almost here! You won’t want to miss it; click here for details!

Camille Williams: (FACS teacher) Camille Williams grew up in American Fork, Utah and was a proud Caveman. She came to PHS during her student teaching and earned a position here right after she graduated from BYU. Her parents and other family members attended and worked at PHS throughout the years, so she says PHS is […]

Provo High’s Careers in Education class, taught by the fabulous Kristin Pierce, explores all the various paths and careers within the educational realm. Today, the class had the opportunity to hear from Utah Valley University President Matthew Holland, who shared several delightful anecdotes and words of wisdom based on his experiences in education and life […] 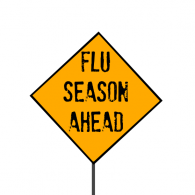 The Utah County Health Department will be holding two flu & vaccination clinics over the next few weeks. This clinic is open to everyone. Check out the flier for more info!

Stephen Scott, Math Teacher Stephen Scott spent most of his time growing up in Tampa, Florida, but he also spent time in Maryland, Washington State, Panama, and Venezuela. He came to Provo High School as a coaching intern while attending BYU. Later that year, a math position opened up, and he was able to end […]